Why The Book "Honor Thy Parents”

If someone told me on the day my wife and I decided to move across the country to care for two bedridden grandparents that I would be writing a book, I would have laughed! 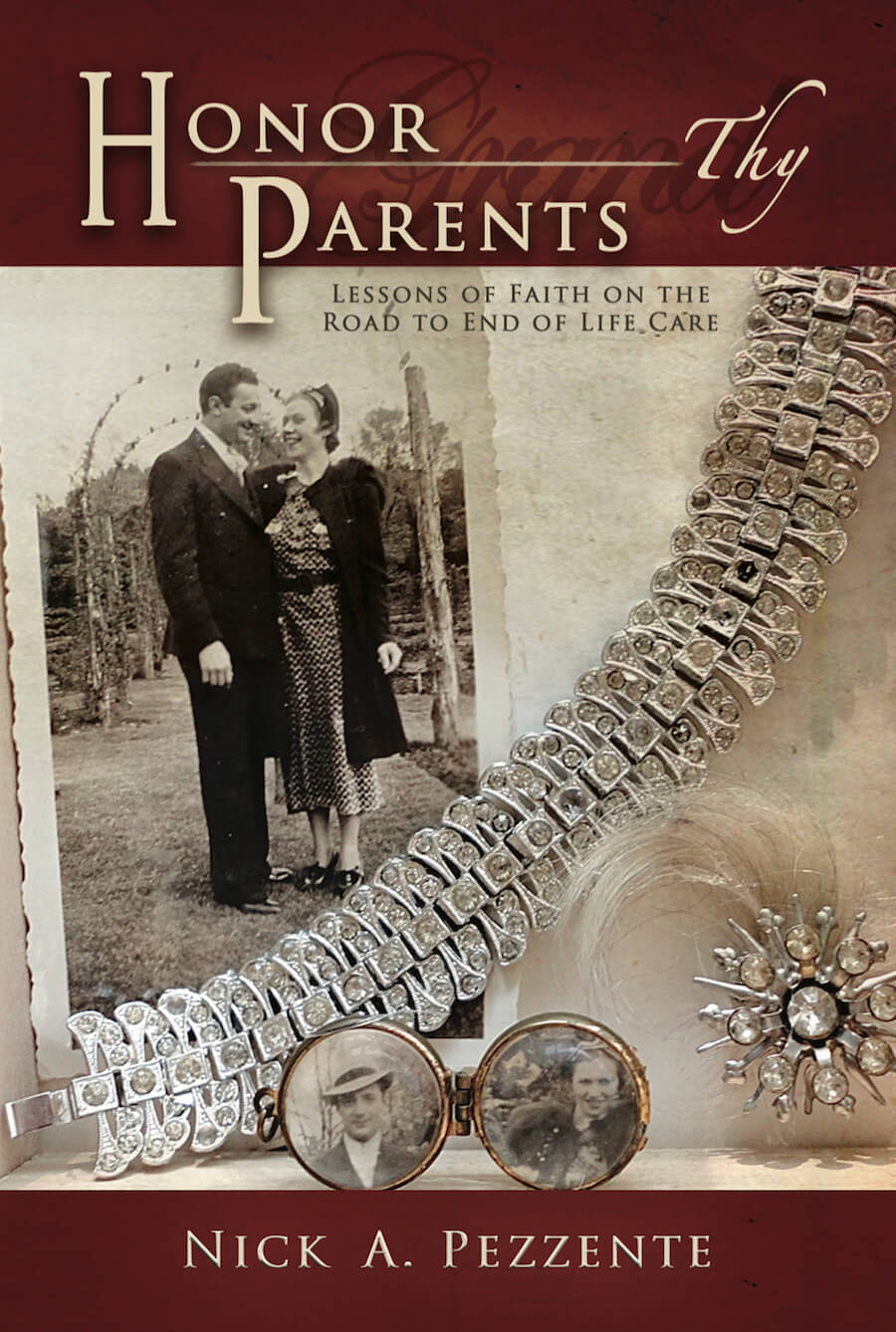 Has anyone ever complimented you regarding something you have done really well? And they said, ‘You know, you should really consider……’ You might respond saying, ‘Thank you. That is nice of you to say, but, …….’ Well, that was the beginning.

Year after year we provided care for our grandparents. Over time we would meet people and our story would come into conversation. As time went on our name and circumstance would become known around the community. People began to relate their own caregiving stories to us. While most were not as involved in the day to day care of their loved ones, they were always intrigued by our decision and commitment. Without exception we would quote the same scripture from the Bible as our motivation.

“But if a widow has children or grandchildren, these should learn first of all to put their religion into practice by caring for their own family and so repaying their parents and grandparents. For this is pleasing to God.” - 1 Timothy 5:4 (NIV)

If we spent a long enough time in conversation, I might hear, “Wow, you should write a book!” My response to them would be, “Yah Right!” They may have meant, that, with all our experience and stories, a book might be informational and or entertaining. What I meant was, “Yah Right, No Thank You!”

One evening I received a call from someone who was given our name and number by a mutual friend. She introduced herself and began telling me about her situation with her father. She was distraught over the escalation of tensions that had grown between her, her husband and her father. The father’s wife had recently passed away and he was left to live alone in their condominium. As her father’s physical and mental health began to deteriorate, she was spending more and more time with him.

The physical, emotional, and mental stress she was going through brought her into despair. After some time on the phone with her I offered to meet her, her husband, and her father at his home. With all four of us sitting in the living room, she began to explain her concerns for her father and her frustration of constantly reacting to his, seemingly, ever changing circumstances and issues.

Speaking with her father revealed that he believed that his daughter was worrying over nothing. He was frustrated that she was overreacting to little things, that, in his mind was no big deal. While listening to him I noticed that his clothes smelled of urine, hair uncombed, face unshaven, ankles and feet swollen, and his hands trembled with fingers gnarled from the effects of arthritis. His speech was slow and deliberate. He periodically repeated himself, either out of emphasis or forgetfulness. At times he looked to his daughter to help fill in for his gaps of memory. He was able get around his single level home with the use of a walker.

We could all see that he was struggling with his own personal care. He was no longer driving so that was no longer an issue. Her concern was that he was not able to be left alone for certain lengths of time without becoming a danger to himself. These were all exhibited by, forgetting to turn off the oven or cooktop, not taking his medications or taking too much, losing his balance, and falling. There was also the concern of him going into physical distress or suffering a transient ischemic attack (mild stroke) with no one there to help.

After visiting for an hour or so, I walked around the home with his daughter pointing out areas that could be addressed for safety when moving from room to room, especially the bathroom. I showed her how to de-clutter the kitchen and arrange items for ease of access, manage medications and food preparation with diet and digestion in mind. We also spoke about Home Health Aides to provide additional care.

We met for about three hours. When we were done she felt empowered. She no longer felt the pressure of being overwhelmed by what she did not know. For the first time she had a solid starting point and direction to develop a plan to address her father’s current needs.

She expressed to me how appreciative she was; that I would take the time to meet and guide her in the care of her father. This is when she said, “I do not know how I would have been able to figure all this out without your help. You should write a book!” I smiled and said, “Well, you never know.” This also gave me an opportunity to share my faith with her and express my thankfulness to my Lord and Savior, Jesus Christ for his strength, wisdom and provision.

This account played out several times over the years. The end of each of the visits were usually the same. “I do not know how I would have been able to figure all this out without you help. You should write a book!” At this point I began to see what might be a real need to share our experience and all that we learned with those who are currently caring for or are considering caring for a loved one.

I do not consider myself to be a writer. Quite honestly, I thought of myself as delusional to think that I could write a book, much less a book that anyone would want to read! One day, while having a “delusion of grandeur” thought of becoming a Pulitzer prize winning author, I dropped to my knees and asked God if this is something He wanted me to do. I posed the question that way so that if the book was terrible, I could blame Him! O Yee of little faith! However, if people were blessed by reading it I would have to give God all the credit. My prayer was that God was to make it crystal clear to me if that was to be the case.

The next day someone asked if I was writing a book!? That was odd. Two days later at a friend’s shop, someone came up to me and said that they heard I was writing a book! Ok!? At the end of the week, at a Christian book store, a women asked me when will the book be available to purchase, because she wanted to give it to a friend of hers! Either this was an elaborate scheme or God was trying to get my attention! I opted to believe in the latter and began to write.

My purpose for writing the book was not to become a best selling author. I will leave that up to The Lord to determine. My second reason for writing this book was to, hopefully, be a blessing to everyone who reads it. That in some way they will find wisdom, encouragement and comfort through our personal experience.

My primary purpose is to give glory, honor, praise, and thanksgiving to our Lord and Savior Jesus Christ. He has brought us through our “Valley of the shadow of death.” More importantly He, through His sacrifice has redeemed me of my sins and given me the right to be called his child. I pray you too will find The Lord, a Savior who offers you forgiveness of sins, love in your life, peace for your soul, and an eternity in His awesome presence!

“Eye has not seen, nor ear heard, nor have entered into the heart of man the things which God has prepared for those who love Him.” - 1 Corinthians 2:9 (NIV)